The bus is a kind of accident in time. As the theists say:  He may not come when you want him, but Hes right on time. In the station where I wait stop many buses which continue their jo urney, heading off in different directions. I wait for bus number 168. Everyday, people meet in the station. Some of them work in the same place and some of them live in the same house. They talk to each other. Mostly, they talk about the film from the TV in the evening. There was no line or any kind of rules for queuing, such as a short single yellow line that would enforce order in waiting. Because I was quite small, most of the time when the bus are com ing I disappear in the crowd of waiting people who stormed the bus. I took my preferred place, which was outside on the bus stairs. In summer was nice and in winter it was cold. But as a kid I didn´t take it seriously and I dreamt of traveling alone in a car t hrough an empty city. No people around, just me and the city lights. I refused to listen the dramatic sto ries of the people around me. I transformed my trip into my own film, one without a story. The Idea of being in a film for awhile, the travel, made me forgot the time and the place where I was going. It was a film, without the riotous feelings that I heard around me. My film, a evocation of travel, however funny or ironic, prompted a longing for freedom, a longing from all filmic grammars of seeing and reacting to Art. A free d om of a film liberated from the punishment of the spoken word. A freedom making a film using pictures as a meaning not stories using spoken words. A film that can be enjoyed only through the sensitivity of visuality. That is my Travel.

Tom, a large, gray and devilish cat with a Machiavellian glint in his yellow-irised eyes, is the main character from the animated series "Tom & Jerry." This shows how Tom is ever-present need for predatory pursuit of the mouse, Jerry, destroys everything that stands in his way, often even himself. As it is a cartoon, Tom doesn't suffer any lingering pain, thus has only spontaneous reactions. Two situations in which Tom is seeing again and again, provided me with the inspiration to bring him to life in a art space. 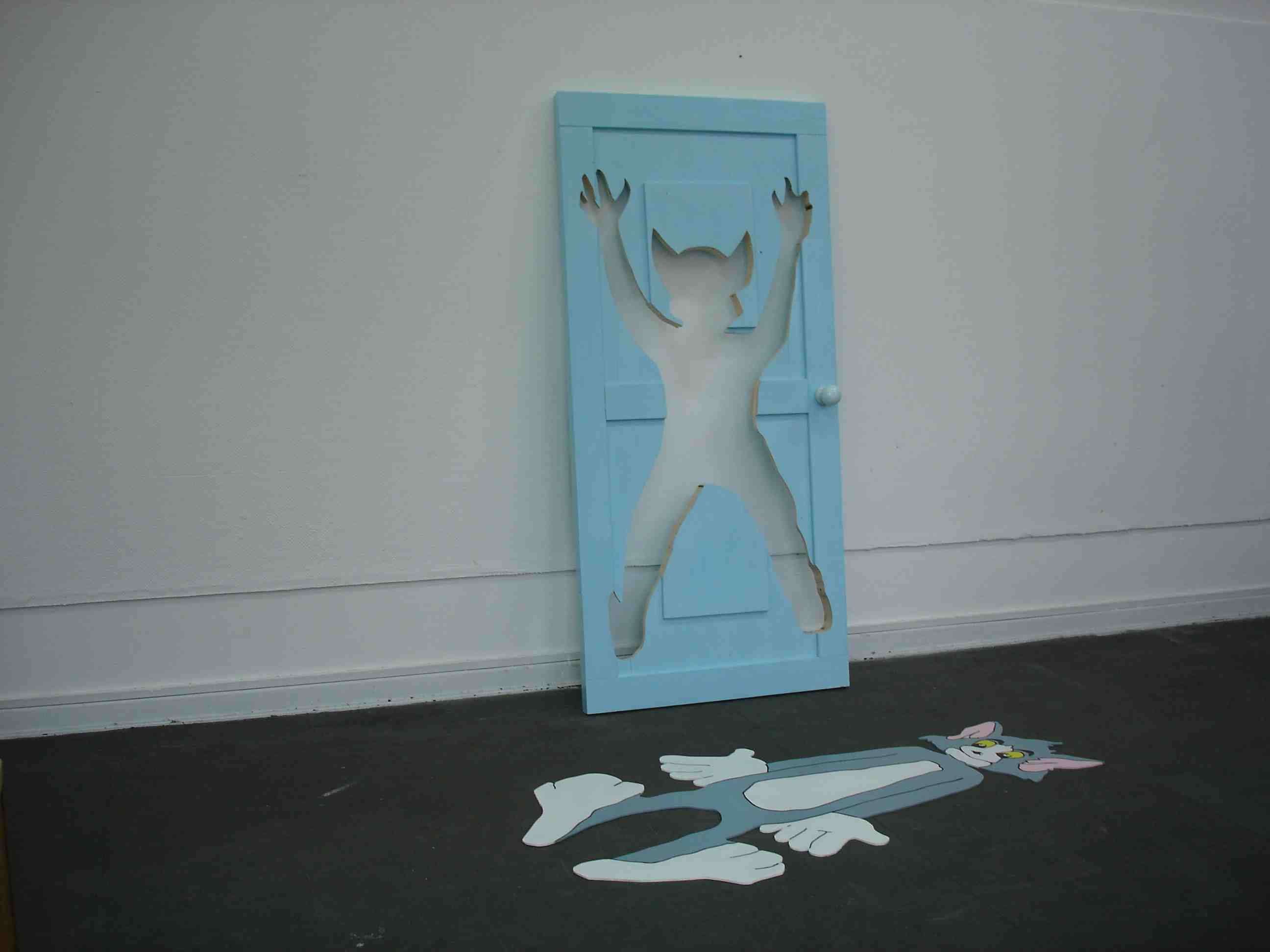 As a child in the the socialist country, Romania, I saw how the founding day of other countries was celebrated, thanks to our national television channel. Most of the time, the ambassador of the celebrating country came into the TV studio and spoke for 5 or 10 minutes, to the Romanian audience. It was a live program. Usually, at the beginning of the transmission, just before the ambassador came in, the image on our TV was of an empty studio where most of the time nothing was happening. Not always.